Milky Mangrove or Blind Your Eye, usually occurs at tidal extremities, sometimes as a stunted shrub,but in areas with a high freshwater flow, the species can attain the stature and appearance of a medium sized (10-12 metres) rainforest tree.

Groves of Milky Mangrove, when isolated by erosion or accretion, live and grow for many decades without any tidal influence.

Flowering, usually accompanied with partial or full leaf drop, occurs during the warmer months, with male and female flowers forming on separate trees. Small three lobed fruit capsules, each containing a single seed, form and drop into water before floating in tidal flows.  The buoyant seeds are highly effective at wide dispersal and the species is often the first mangrove to establish in newly constructed rock walls and embankments, often at the most extreme tidal limits.

The copious white sap of Milky Mangroves is highly irritating to eyesand smoke from burning felled mangrove stands can also be noxious. The caustic sap was also used to treat leprosy, marine stings, as a purgative and as a fish poison.

In some SE Asian countries large Milky Mangroves have been used in the construction of canoes and for other structural purposes. 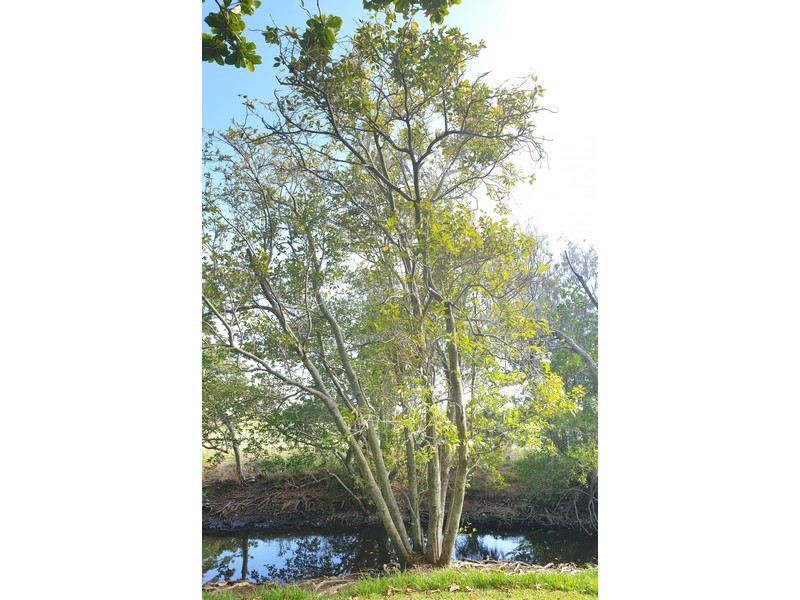