This tree (also known as the Small-fruited Fig) is sometimes referred to as a Banyan because of its propensity to grow as a large strangler fig with spreading canopy and prominent buttresses by sending down aerial roots, which can later become props or stems, helping to support the trees in inclement weather. The fruit is red with small white dots.

There are various forms of this species, some with uncertain origins, that have been introduced into the horticulture industry – including some as indoor plants. This variety “hillii”, is native to Australia and was widely planted in school grounds for shade.

While the species is most noted as a large rainforest tree it also occurs on exposed headlands and islands. Natural occurrence is along the NE Australia coastline, but the species has a wider distribution on Pacific Islands and SE Asia. 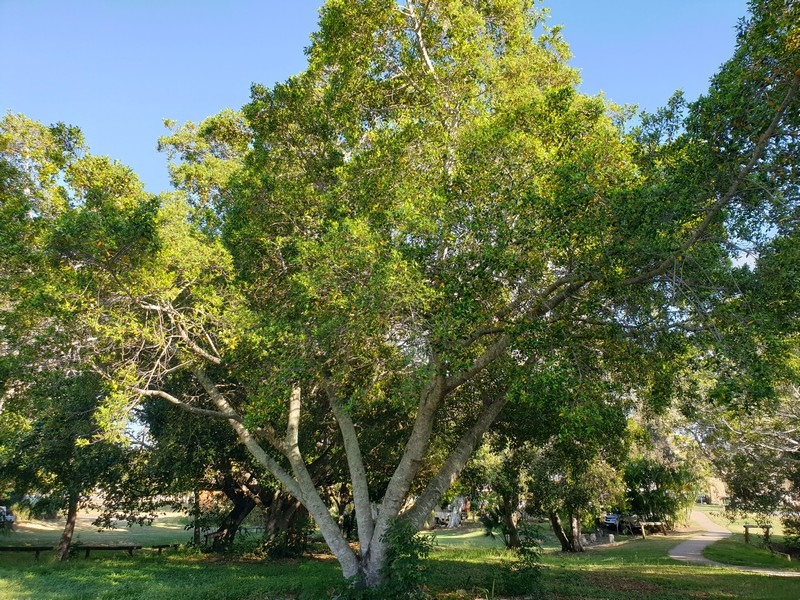