The Black Mulberry is considered to have originated from the eastern Mediterranean – Black Sea area, particularly on mountain slopes such as the Caucasus. Mulberry was probably brought to Australia as stem cuttings and then widely introduced to gardens.

While some forms did establish adjacent to small towns, the species does not survive well in Australia out of high rainfall areas. Mulberry was a popular edible berry in an era when most school children walked home in small groups. The tree had a propensity to drape like a curtain over front or back fences, and consequent mulberry stains on school clothes, may have contributed to the decline of Black Mulberry as a garden tree. Fig birds and other frugivorous species that also enjoyed the fruit, no doubt regretted this loss of popularity.

Black Mulberry can be male or female, but some can produce fruit without a companion in the neighbourhood. This lone mulberry tree in Bell Park was almost certainly recruited with the assistance of a bat or bird.

While silkworms can utilise the leaves of Black Mulberry, the East Asia White Mulberry (M.alba) is the primary food source of silkworms for silk production in Japan and China. 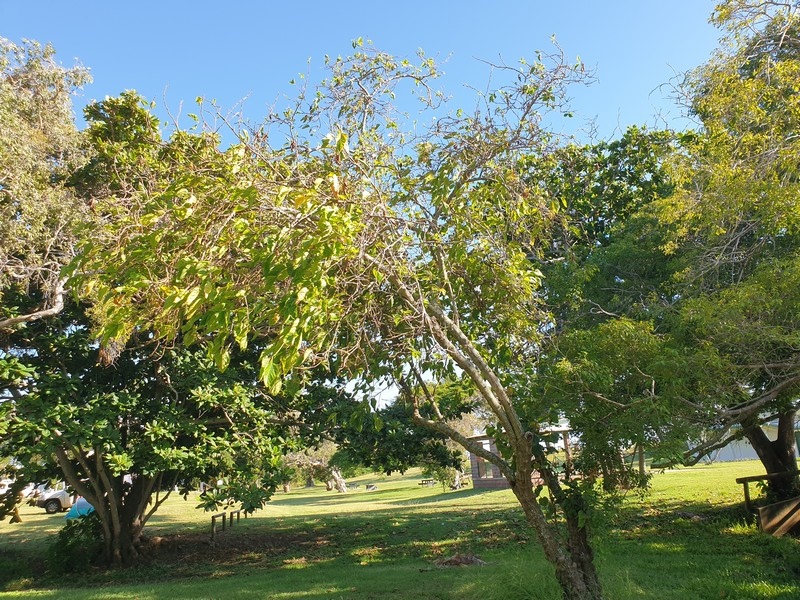